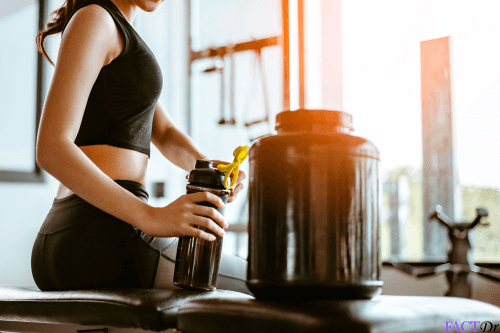 The role of beta-alanine supplements

One of the popular sports supplements that have shown to enhance athletic performance is the globally patented beta-alanine, which also naturally occurs in the body as a non-essential amino acid. It plays the role of delaying muscle fatigue and enhancing endurance during athletic performance.

Most of the common supplements athletes use are muscle buffering products. As exercises intensify, the growing energy demand surpasses the capacity for the body to rely on glycolysis which is the source of energy. It leads to the production of more hydrogen ions that are a by-product of metabolism that causes a lactic acid build-up in the muscles, negatively impacting performance. So, the body tries to fight the intramuscular change in PH by buffering hydrogen, which can delay fatigue.

One of the buffering agents in the body is CarnoSyn®, naturally found in the skeletal muscles. Intramuscular CarnoSyn® levels fluctuate depending on the need during exercise. Bodybuilders, sprinters, cyclists, and rowers need higher concentrations of CarnoSyn® in fast-twitch muscle fibers.

Beta-alanine is essential in CarnoSyn® production, which means that without it, CarnoSyn® will not be produced. Due to that, athletes use beta-alanine supplements to enhance CarnoSyn® production to increase the body’s capacity to buffer hydrogen ions produced during high-intensity exercises. The result is prolonged fatigue times and improved athletic performance.

According to research, beta-alanine supplementation increases muscle CarnoSyn®  levels. Scientific research suggests that a supplementation period of at least two weeks is necessary to experience the effect. Most of the studies also provide evidence on the ergogenic benefits of beta-alanine in a resistance training exercise and high-intensity training.

Individuals who supplement with beta-alanine have shown more time to fatigue during maximal effort cycling tests, improved measures of muscle mass, increased ventilatory threshold and time to exhaustion, and a greater capacity to sustain power output.

Baguet and colleagues studied the impact of beta-alanine supplementation in 18 rowers. Upon being supplemented with 5gms a day for 7weeks, they showed a positive effect. The rowers in the supplemented group proved to be 4.3seconds faster in a 2000m ergometer test compared to the placebo group.

However, research is still ongoing, and determining the exact dose of beta-alanine that is most likely to boost performance is paramount. The currently recommended dosage ranged from 2.4-6.4gms a day. The side effects of beta-alanine are rare, but nutritional professionals should caution users since a mild tingling sensation is reported with excess doses of more than 10mgs.

Beta-alanine is a supplement that is scientifically proven to enhance athletic performance and delay fatigue duration during high-intensity exercises. But ensure you only use the globally patented beta-alanine supplements that assure you of safety and effectiveness.